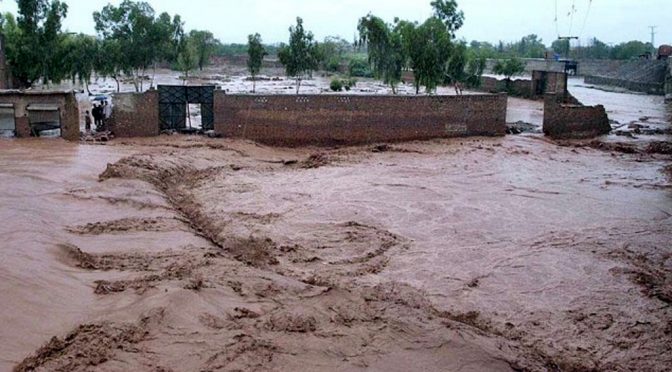 Atleast, 22 people, including two soldiers, have been swept away by a flash flood caused by heavy rain in Neelum Valley district of Azad Jammu and Kashmir on Sunday night.

He further said that the death toll is likely to rise over the coming hours.

According to reports by the SDMA, the rescue operation started in the morning with the assistance of the army while the families affected by the heavy flood have been moved to a safer place.

The officials stated that no body has been recovered as yet. Medical assistance and relief goods comprising of tents, edible items, and other household items have been sent to the area in Muzaffarabad.