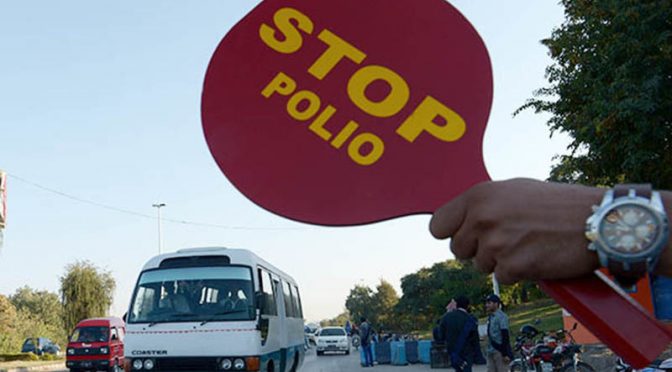 Four cases of polio were reported from Khyber Pakhtunkhwa and Balochistan on Monday, taking the total number of cases detected across the country this year so far to 41.

According to the KP Emergency Operations Centre (EOC), two new cases of polio were found in Bannu district; the crippling disease was confirmed in a 12-month-old girl in Jani Khel area and in a 30-month-old boy in Fatah Khel area.

Bannu has been declared a high-risk area with regards to the prevalence of polio, the KP EOC said in a statement. With the latest addition, the number of polio cases detected in Bannu this year has risen to 16.

In Balochistan, the first two polio cases of the year were reported from Jaffarabad and Qilla Abdullah Districts.

According to sources in the Balochistan emergency operations cell, an eight-month-old child fell prey to poliovirus in Jano Kahool area of Chaman. Health officials in Chaman described refusal by parents to inoculate their children as the underlying reason behind the fresh case.

Samples taken from a nine-month-old child in Jaffarabad also confirmed the presence of the disease.

Pakistan remains one of the only two nations remaining where polio virus is still prevalent, the other being Afghanistan. It has long been eradicated from the rest of the world.