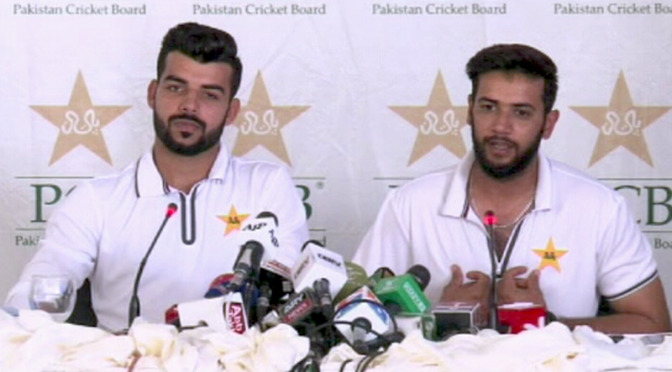 All-rounder Imad Wasim on Monday dismissed rumours of grouping within the Pakistani cricket team, also saying that the players had decided to “avoid the media” after the humiliating defeat in a World Cup group stage match against India.

Wasim was addressing a press conference in Islamabad along with teammate Shadab Khan a day after skipper Sarfaraz Ahmed spoke to the media in Karachi.

The players returned to the country from the United Kingdom after Pakistan failed to qualify for the semifinals due to net run-rate difference with New Zealand after both the teams earned 11 points each from nine league matches.

The all-rounder, in the press conference today, said that had there been any grouping within the team, he would not have played.

“All of us play for Pakistan,” he declared and added: “I’ve known Sarfaraz for 15 years, he is not that type of a person. There have never been any disagreements or disputes. On field, if there are minor disagreements or if the captain says something, we should take it as a player.”