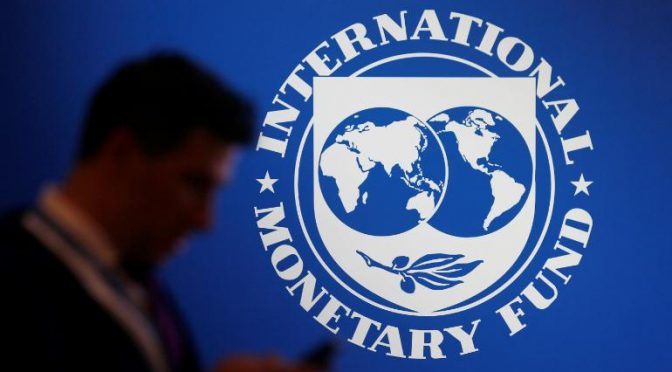 The IMF will immediately disburse the $1 billion out of $6 billion total package. The remaining $5 billion will be linked with successful completion of quarterly and semiannual reviews, according to an announcement by the global lender.

The IMF Executive Board approved a 39-month extended arrangement under the Extended Fund Facility (EFF) for Pakistan for an amount of SDR 4.3 billion or about $6 billion or 210 per cent of the quota to support the authorities’ economic reform programme.

Pakistan already owes nearly $5.9 billion to the IMF and $750 million of them will be returned in new fiscal year 2019-20. The first review of on the implementation of the IMF programme may tack place in October in which the IMF will gauge performance on agreed targets for July-September 2019 period.

The Executive Board meeting that approved the programme was held in Washington. The programme is believed to be the toughest package in all 22 loans that Pakistan and the IMF have so far signed.

The IMF will monitor implementation on the programme through four quarterly reviews and four semiannual reviews that will keep the government of Pakistan Tahreek-e-Insaf (PTI) in a tight spot.

The PTI government has joined the league of the last two democratic governments of Pakistan Peoples Party (PPP) and Pakistan Muslim League-Nawaz (PML-N) that knocked the IMF door to avoid default on international obligations.

The programme will give much-needed stability to the economy besides opening closed avenues of borrowings from international capital markets to meet the growing financing needs.