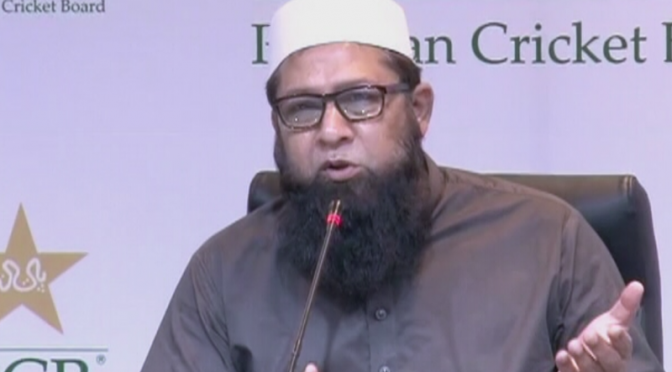 Inzamam-ul-Haq while addressing a press conference on Wednesday announced that he would no longer be the chief selector of the men’s cricket team after July 30.

“I think it is time to step down, I will complete my term that ends on July 30,” said Haq, who was addressing the media for the first time after Pakistan’s disappointing World Cup campaign.

“When i returned [from United Kingdom], I told the Pakistan Cricket Board [PCB] that I did not want to continue with my position. I joined in 2016 and have spent a good time here. Now, I have decided that new people should come, with a new thinking and ideas.

“I thank the PCB and the team who respected my choices,” he said.

When asked if he would take on another role in the management, Haq said: “I am a cricketer, this is my bread and butter. If the board offers me another role, apart from selection, I would consider it.”

He, however, said that the board has not made him any offer as yet.

On a question regarding the selection of the team, he said that it was done with the consensus of the coach and captain. “The 11 [players] who play in the team are decided by the captain and coach; they can take my advise but the decision is theirs.”

“Shoaib Malik has played for us for a long time; it happens sometimes that the player selected does not perform — it does not mean the selection was wrong or the player is bad.

“Twenty youngsters are playing right now and it seems like they will play for Pakistan for the next 15-20 years and will win victories.”