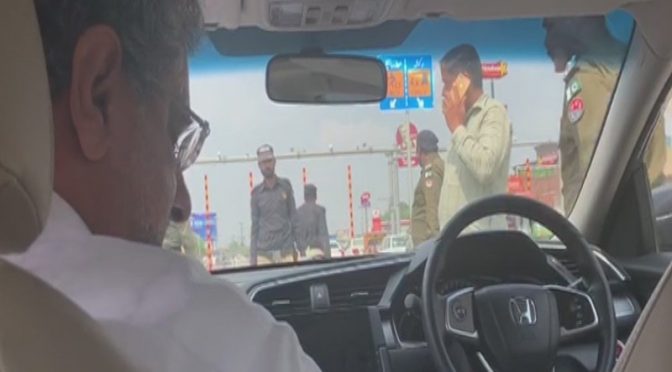 Former prime minister Shahid Khaqan Abbasi was arrested by the National Accountability Bureau (NAB) on Thursday from the outskirts of Lahore.

He is the latest political leader and the second premier from the opposition Pakistan Muslim League-Nawaz (PML-N) to be arrested.

Abbasi was arrested for his involvement in the Liquified Natural Gas (LNG) scandal, said a statement released by the accountability bureau. NAB escorted the PML-N leader to its local Lahore office.

Authorities intercepted Abbasi’s vehicle at Lahore toll plaza when he was on his way to meet PML-N President Shehbaz Sharif.

The former premier was due to appear in the accountability court at 10am on Thursday [today]. However, he recused himself from appearing on the pretext that he was busy to appear in court.

The arrest warrant –a photocopy of which was reportedly shown at the time of arrest – says that Abbasi is “accused of commission of the offence of corruption and corrupt practices under Section 9(a) of National Accountability Ordinance (NAO), 1999.”

The warrant also states that the former prime minister will be presented in the court for “such period as may be necessary for finalisation of the investigation”. 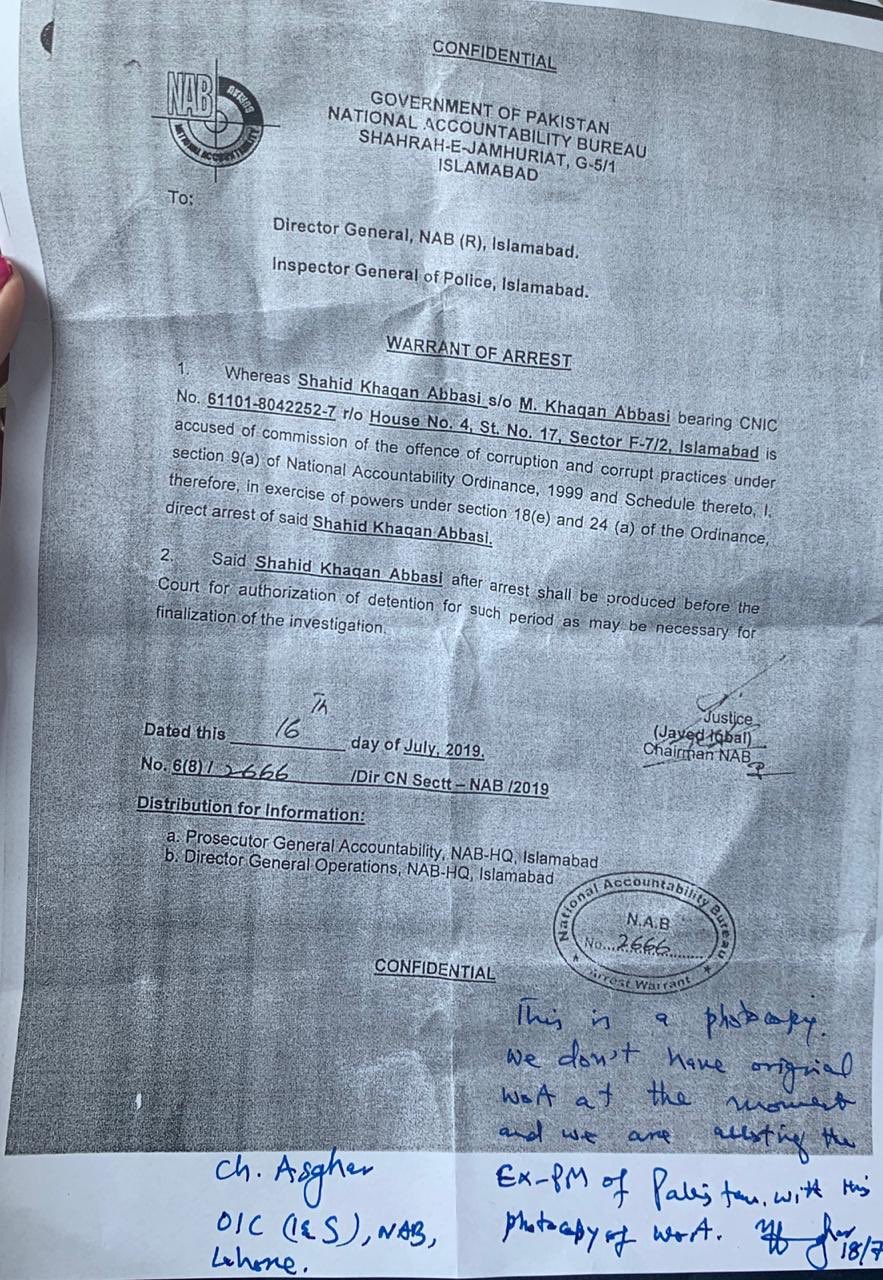 PML-N leader and spokesperson Mariyum Aurangzeb condemned the incident and said NAB had arrested him without an arrest warrant.

She added that Abbasi’s arrest was “highly expected from the Imran Khan-led federal government”.