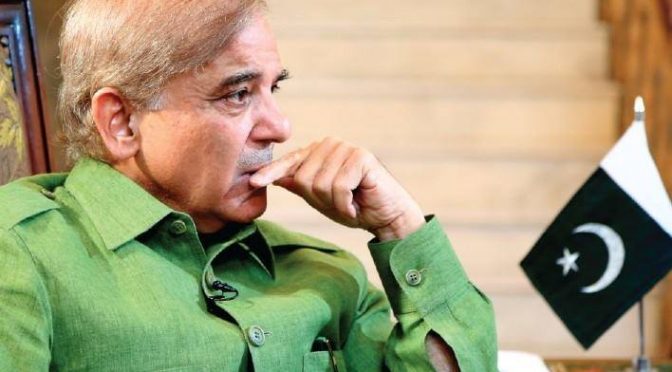 The National Accountability Bureau (NAB) on Wednesday ordered to freeze assets of Pakistan Muslim League-Nawaz (PML-N) President Shehbaz Sharif and his family members in a case pertaining to assets beyond known sources of income, a private TV channel reported.

In separate letters written to various departments including excise and taxation, revenue and district governments, the NAB has ordered that all moveable and immoveable assets belonging to Opposition Leader in National Assembly Shehbaz Sharif and his family members should be frozen with immediate effect. The anti-graft watchdog has also banned sale, purchase and transfer of all properties belonging to former Punjab chief minister and his family members including Hamza Shehbaz, Sulaiman Shehbaz, Nusrat Shehbaz and Tehmina Durrani.

NAB on October 5, 2018, had arrested Shehbaz in connection with the Ashiana-e-Iqbal Housing Scheme case. However, it also initiated another inquiry against him for allegedly owning assets beyond known sources of income. During investigation into the case, the NAB arrested few suspects, including Shehbaz’s son, Punjab Assembly Opposition Leader Hamza Shehbaz. Some suspects revealed that they had been doing the job for Sharif family. Later on, NAB arrested one Mushtaq Chini, who later became an approver against Shehbaz. NAB had also sent questionnaires to Shehbaz’s wives, daughters and other family members, seeking details about assets, businesses and properties. However, now NAB has decided to freeze the assets as Shehbaz and his family members could not satisfy the investigation team.