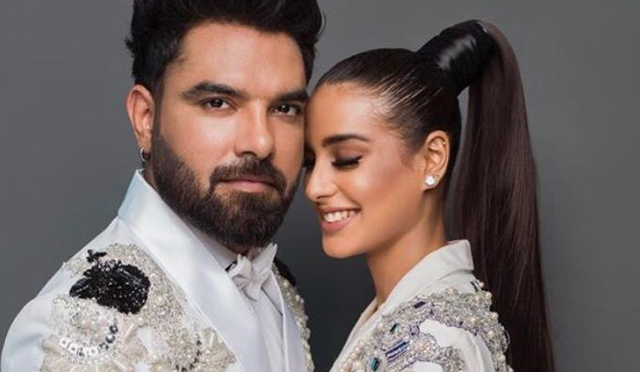 Iqra Aziz and Yasir Hussain have finally made it official!

The Suno Chanda star bagged two awards at the Lux Style Awards (LSA) 2019, last night and thanked ‘her love who was preparing for his segment backstage’.

If that didn’t garner enough gasps from the audience; it was nothing compared to what the Lahore Se Aagay actor had in mind.

In a rather dramatic move, Yasir Hussain got on one knee at the Lux Style Awards last night and proposed to his lady love as the onlookers cheered on. And she said yes!

The previously rumored couple has always kept the wraps on their relationship.

Dressed in matching Ali Xeeshan ensembles, Hussain and Aziz walked the red carpet of the year’s most awaited award shows.