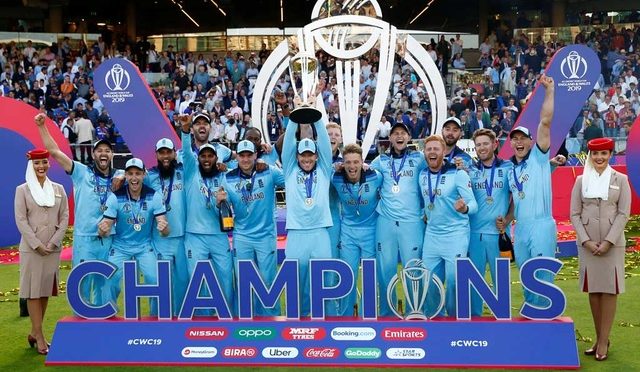 England won the World Cup for the first time as they beat New Zealand in a dramatic Super Over after a nerve-shredding final ended in a tie at Lord´s on Sunday.

Needing a modest 242 for victory, the hosts ended on 241 all out, with Ben Stokes unbeaten on 84, sending the match into a Super Over. The six-ball shootout also ended in a tie, with both sides hitting 15 runs, but Eoin Morgan’s side won by virtue of a superior boundary count in the match.

After defeats in previous finals against Pakistan in 1992, Australia in 1987 and the West Indies in 1979, it was a cathartic moment for English cricket. England´s triumph was the culmination of a remarkable rise over the past four years.

While England celebrated, it was another heart-breaking loss for New Zealand, who also finished as runners-up in the previous World Cup in 2015 after losing to Australia in the final.