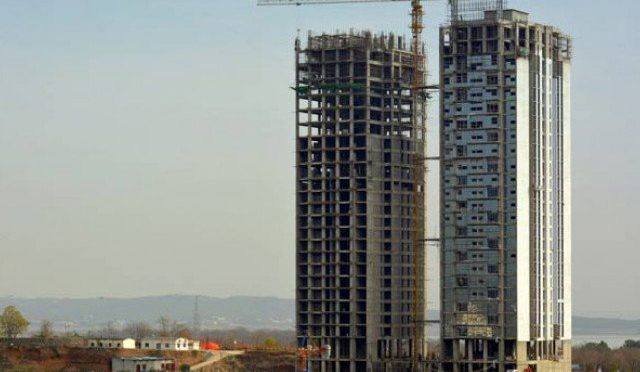 ISLAMABAD: After being approved from the federal cabinet, the board of the apex civic body of the federal capital has, in principle, allowed the construction of high-rise commercial buildings in the city.

This was decided as the board of the Capital Development Authority (CDA) met in the federal capital on Monday. The board was headed by the CDA chairman and Islamabad Capital Territory (ICT) Chief Commissioner Amir Ali Ahmed.

During Monday’s meeting, the board considered a number of issues, including creation of a commercial strip in Sector I-9, renaming various thoroughfares, plot cancellation and restoration policy, by-laws, change of floor-area ratio (FAR), development of Sector I-15 and handing over land to the Federal Government Employees Housing Foundation (FGEHF).

Discussing the government’s decision regarding FAR and allowing the construction of high-rises, the board decided in principle that these buildings could be constructed along roads which have a right-of-way (ROW) of 300 yards in Blue Area, Sectors G-8, G-9, G-10, G-11 and the Kashmir Highway.

CDA sources said that these parametres will only be applicable for new constructions and that there will be no change in permissions for existing multi-storey structures, particularly Class-III shopping malls in the markaz of various sectors.

Moreover, the board decided that high-rises will only be allowed on plots of large sizes.

Contractors will be bound to provide the layout plan of the proposed high-rise building along with a number of saplings which they could plant within the building’s boundaries.

According to the policy, a covered area on a plot of 3,000 square yards (sqyds) will not be more than 2,400 sqyds. Furthermore, sources said that plot owners will be allowed to build high-rises which are no taller than 18 storeys on such plots.

Further, as per set by-laws, the distance between the floor and the ceiling will be at least 10.5 feet. Similarly, a 5,000 sqyds structure will have a covered area of 2,500 sqyds and it will be used for constructing a 45-48 storey building.

The CDA on Monday vacated a plot measuring around 12 kanals of illegal occupation adjacent to the Centaurs Mall. The land was being illegally used for parking and other commercial purposes by the management of the mall.

After vacating the plot, CDA officials said that they have erected a fence around the plot.

However, officials said that over the weekend, some elements had again established a car park on the plot. Fresh action was taken against them on Monday and the plot was vacated by the Enforcement Directorate along with the Sector Development Directorate and other concerned departments and the Islamabad Metropolitan Corporation.