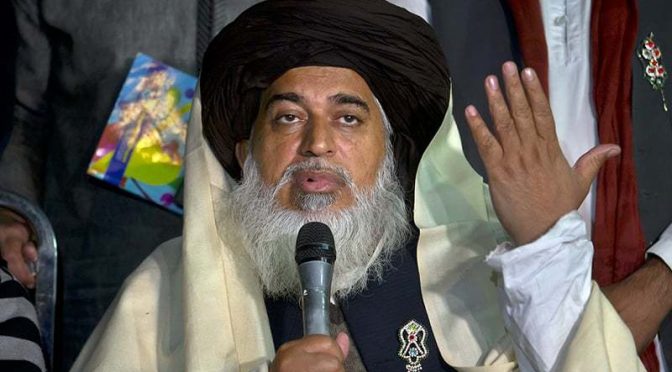 Awan responded that the TLP chief had given speeches against the judiciary and riled up people.

“These are the facts of the case, speak about the law and tells us Khadim Hussain Rizvi’s crime,” said Judge Malik.

“What is wrong with the high court’s decision to release Khadim Hussain Rizvi on bail?” he asked.

The apex court expressed displeasure with the additional prosecutor general for being unable to provide the court with proper assistance.

“You don’t know the merits of the case; who drafted it?” Judge Malik asked, adding: “How many individuals’ bail do you want to have cancelled?”

Awan said that they had only submitted a petition for the cancellation of bail for Rizi and Ata Mohammad.

The judge asked if Awan had read the case file, as Mohammad was the complainant of the case and the additional prosecutor general was referring to him as a suspect.

The SC issued notices to the TLP chief on the Punjab government’s appeal and adjourned proceedings.

Rizvi and the then TLP patron-in-chief, Pir Afzal Qadri — who is also nominated in the same case — were granted bail in May this year. Qadri’s bail expired on July 15 but was extended on medical grounds.

The two were taken into “protective custody” by the state during a crackdown in November 2018 after the TLP announced it would observe martyrs’ day on Nov 25, 2018.

The provincial government, in its appeal, has argued that the high court “did not fulfill legal requirements” in its decision to grant bail, which was made in May this year.