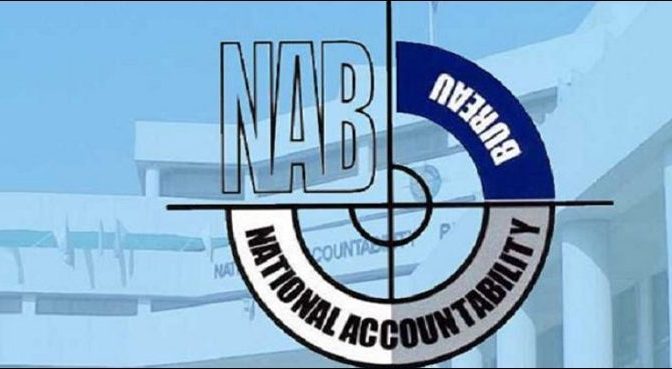 ISLAMABAD:  A joint team of National Accountability Bureau (NAB) Rawalpindi and Karachi officials on Wednesday arrested the president and two other officials of Sindh Bank in connection with the fake accounts case.

In a brief statement, the graft buster said it had arrested Tahir Ahsan, the president of Sindh Bank, in Karachi over his involvement in the fake accounts case.

Bilal Sheikh, a former president and current director of the bank, and Syed Nadeem Altaf, the bank’s executive vice president, have also been rounded up. Sheikh was arrested by a NAB team in Lahore.

The bank officials face charges of granting loans to the tune of Rs 1.8 billion to companies owned by Omni Group.

In December 2015, the Federal Investigation Agency began a discreet investigation into certain bank accounts through which multi-billion rupee transactions have been made. According to FIA sources, information regarding the fake accounts came to the fore when an intelligence agency picked up a prominent money changer in an unrelated case.

As the monitoring and investigation of these suspicious accounts continued, it surfaced that five of these accounts in two banks – the Sindh Bank and Summit Bank – had been used for transactions worth around Rs 15 billion.

Investigation showed the accounts were operated by fake companies. Funds were credited into these accounts from contractors with multi-billion rupee contracts with the Sindh government. The money was found to have been transferred to accounts of companies owned and operated by the Omni Group, whose chairperson, Anwar Majeed, is a close aide of Pakistan Peoples Party (PPP) Co-chairman Asif Ali Zardari. Another beneficiary was Nasir Lootah, the chairperson of Summit Bank.

The probe, however, was shelved. It resumed almost a year and a half later. FIA’s State Bank circle initiated a formal inquiry in January 2018.

By June last year, the FIA had several high-profile names on its list but was unable to make headway – for several reasons. It was at his point that the Supreme Court intervened. Chief Justice Mian Saqib Nisar took suo motu notice of the ‘slow progress’ in the money laundering case.

In July 2018, Zardari’s close aides — Hussain Lawai, Taha Raza and two others were arrested. Subsequently, the first case was registered in the mega-corruption scandal.

The FIA submitted its report to the apex court on July 8, 2018 that revealed a web of companies and accounts that were being used to transfer billions of rupees. All in all, 29 accounts were identified that received payments, totalling at least Rs 35 billion.

In August last year, the FIA named Zardari, Talpur Omni Group chairman Anwar Majeed, his sons and over 10 others as suspects in an interim charge sheet filed in the banking court for alleged money laundering to the tune of over Rs4 billion through 29 fake bank accounts opened in three banks.

The then chief justice ordered the formation of a joint investigation team (JIT) to quicken the pace of the investigation.

Last month, NAB arrested Zardari after the Islamabad High Court recalled the pre-arrest bail granted to him and his sister Faryal Talpur in the fake accounts case.

Later NAB declared Talpur’s F-8 sector residence in Islamabad as a sub-jail and placed her under house arrest.