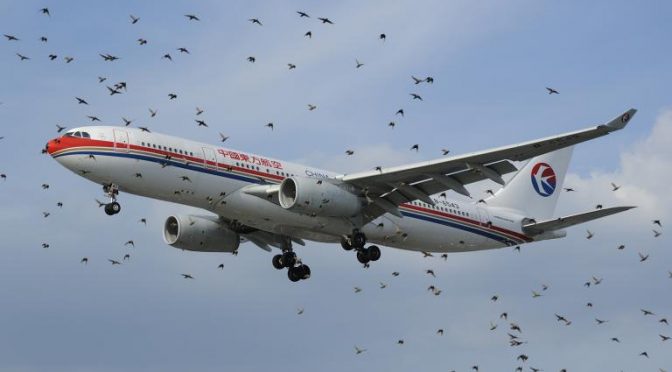 At least seven Lahore-bound flights have been forced to land in other cities following a bird strike at Allama Iqbal International Airport, officials said on Wednesday.

According to a Civil Aviation Authority (CAA) official, large flocks of birds was at the airport today. Therefore, the aviation authority is not allowing any of the flights near the airport.

A spokesperson of Pakistan International Airlines (PIA) Mashood Tajwar said the flights were diverted because of safety concerns. He also apologized to the passengers for the delay.

As per the airport sources, a Lahore-bound PIA flight PK-734 from New York was asked to land at Sialkot airport in the early hours of Wednesday.

Similarly, a Jeddah-Lahore flight PK 760 was diverted to Multan airport while another PIA flight coming from Dubai was made to land at Karachi airport. Another Lahore-bound flight from Doha was sent back to Qatar.

Sources say that the authority is making efforts to avoid bird strike incidents and resume the flight operations as soon as possible.